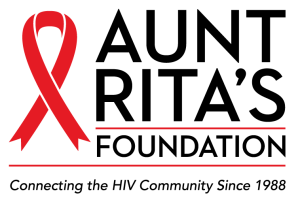 We will not
stop until there’s a cure

In our mission to end HIV in Arizona, Aunt Rita’s quietly began in 1988 with our first fundraising bake sale. Since then, Aunt Rita’s Foundation has provided millions of dollars to HIV programs and prides itself as the “Connector of the HIV Community” with gap-filling programs that include testing and collaborative initiatives. Partner agencies include Ebony House, The Bill Holt Clinic at Phoenix Children’s Hospital, CAN Community Health, Chicanos Por La Causa LUCES Program, HEAL International, HIV Care Directions, Valleywise Health, one n ten, Southwest Behavioral Health Services, Southwest Center, Shot in the Dark, Southwest Recovery Alliance and Terros Health. Aunt Rita’s has provided over $2.5 million in grant funding in support of critical HIV prevention and treatment programs throughout Arizona.

Aunt Rita’s distributes free Home HIV oral swap test kits through GetTestedAz.org and provides vouchers for confidential clinical testings at 100 Safeway stores and Sonora Quest locations statewide. Aunt Rita’s signature fund-raising events are AIDS Walk Arizona and RED is the Night, and and we commemorate World AIDS Day with a community-oriented Picnic in the Park. Aunt Rita’s Foundation also works with the Arizona Department of Health Services to increase awareness and education about HIV/AIDS statewide through HIVAZ.ORG. Aunt Rita’s Foundation was a founding member with the City of Phoenix Fast Track Cities initiative and plays a vital role in advocating at the Arizona legislature and State Government to establish laws, regulations, and policies that further our efforts to educate, prevent HIV, and treat HIV.

Our core beliefs & most important values

In everything we do, we are dedicated to the elimination of, and suffering from, HIV and AIDS.

To be the catalyst of HIV/AIDS awareness, education and support.

A successful team beats with one heart 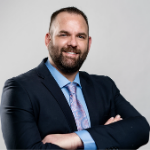 Jimmy Thomason has been actively involved in the HIV community since 2005. Jimmy joined Aunt Rita’s Board of Directors in 2016 and transitioned to Board Chair in 2019. Jimmy has been a leader at Bank of America for the last 12 years and most recently served as Vice President of Global Human Resources. While at Bank of America Jimmy served as the community outreach chair for the LGBT employee network. Prior to his roles at Bank of America, Jimmy worked in Human Resources and restaurant management at Hilton Hotels, and as assistant to the CEO at The Make-A-Wish Foundation of Arizona.

Jimmy has received fundraising and volunteer awards from Aunt Rita’s Foundation, Southwest Center, one-n-ten, Phoenix Pride, and several other organizations throughout the Valley. Jimmy has volunteered for more than 5 years as a cabin counselor at one-n-ten’s Camp OUTDoors. He has served on committees and chaired fundraisers for various LGBTQ+ and HIV/AIDS organizations over the years. Jimmy finds balance to his serious commitment to work and community by enjoying time at his home in Central Phoenix with the brightest light he’s ever met – his husband, Jesus – and their four dogs, Nitro, Shayla, Sparkles, and Bella

Jaimi Romano is an Arizona native and joined Aunt Rita‘s as Director of Marketing and Events in 2019. Jaimi realized her passion for HIV/AIDS causes while studying Global Health at Arizona State University, and she has been involved with sexual health education and outreach since. Jaimi previously worked for Aunt Rita’s partner agency, HEAL International, as a Community Health Facilitator, Executive Assistant, and Program Coordinator for Of My Own, a program that provides sexual health and relationship education to at-risk youth in Arizona. In her free time she loves to hike, cycle, play board games, act, and write. Jaimi is excited to be on the Aunt Rita’s team and looks forward to supporting an incredible organization! 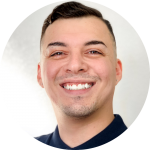 After working for Wells Fargo Bank for over five years, Juan Lopez has joined Aunt Rita‘s Foundation as Program Manager for HIVAZ Connect! Juan has put on his own fundraisers, raising money for Pulse Orlando victims, the Phoenix Pride Scholarship Fund, and many other causes. Juan has a great passion for community outreach and ensuring youth and minorities are able to get the resources and education they need around HIV/AIDS. Juan is excited to be joining the Aunt Rita’s team and looks forward to helping the organization continue to make an impact! 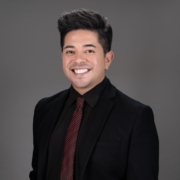 Victor Avila moved to Phoenix from El Paso in 2011 to work for Bank of America, where he led the LGBTQ+ Employee Resource Group and discovered his passion for these important causes as a volunteer.

Victor is very familiar with Aunt Rita’s having previously served as Director of Marketing and Events with responsibilities for the production of AIDS Walk Arizona, RED Brunch, Project RED and RED is the Night. He also was instrumental in expanding Aunt Rita’s HIV prevention programming and educational activities.

Avila has served on the boards of directors for the Greater Phoenix Equality Chamber of Commerce and the Maricopa County Sheriff’s LGBTQ+ Advisory Board. A Leading for Change Fellow, Avila is a member of Phi Theta Kappa and a recipient of the both the Katz Award from the Southwest Center for HIV and AIDS and the ION Magazine Passion Award.

Check out our board of directors

Check out our board of directors 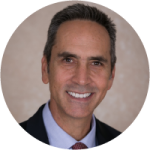 The best way to get involved as a volunteer is to sign up to receive our volunteer updates, sign up below! Your name will be added to our volunteer email list and we will reach out to you when there are opportunities for you to volunteer with Aunt Rita’s Foundation.

Volunteer
Scroll to top
Subscribe to Newsletter
Become a Volunteer